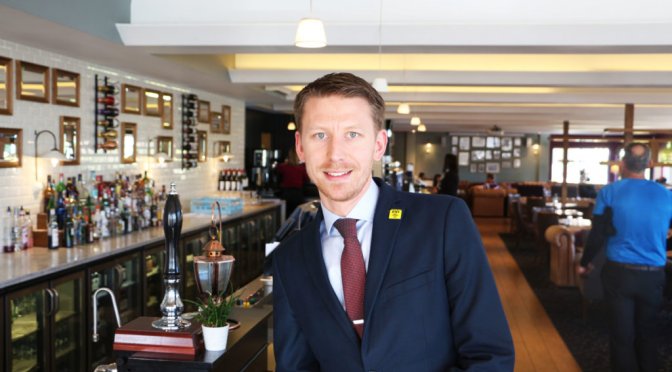 unning of The Waterfront Hotel including food and beverage purchasing.

Linden studied hospitality in North Wales where he began his career working in AA four star and Visit Wales gold award properties under a management trainee programme. He later moved to Norfolk where he worked at Barnham Broom Hotel, Spa & Golf resort as Brasserie and Sports Bar Manager and oversaw the launch of the 2 AA rosette ‘Brasserie at Barnham Broom’.

Most recently Linden worked at Quy Mill Hotel & Spa, Cambridge where he was instrumental in the hotel gaining two AA rosettes and a AA four silver star award.

Simon McMahon spent five years on the Marriott Hotels graduate programme before joining Princess Cruises, where at 24 he became the youngest Senior Officer. After six years, Simon moved to Radisson as Operations Manager, consistently establishing his property in

the top four in the Radisson world rankings for customer service scores.

After joining Wyboston Lakes Resort in 2012 as Customer Services Manager, Simon was promoted to Training Centre Manager before becoming Venue Manager and now General Manager of both Woodlands Event Centre and the Willows Training Centre.

Steve Jones, Managing Director of Wyboston Lakes Resort says “I’m delighted that we’ve promoted Linden and Simon to these new positions. They are well deserved and testimony to their contribution to the business, their talent and their hard work.