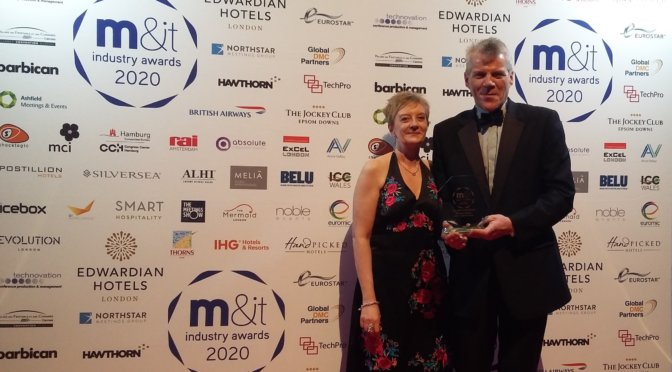 Warwick Conferences has been recognised by the flagship awards for the event industry.

The conference, meeting and events venue at the University of Warwick has won a bronze award in the ‘Best Academic Venue’ category at the M&IT Awards 2020.

The national accolade came in the same week that Warwick Conferences was named ‘Business Events Venue of the Year’ at the inaugural West Midlands Tourism Awards.

“It is testament to our diverse venues and facilities, and our amazing team who are dedicated to personalising every event to make it an experience which delivers the right outcome for delegates and organisers.

“The M&IT Awards are considered to be the event industry’s biggest and most prestigious recognition programme, and so we are incredibly proud to once again be among the winners and to be flying the flag at a national level for our region.

“Warwick Conferences has achieved success in the ‘Best Academic Venue’ category on more than 20 occasions and it is always particularly pleasing to reach the final as it is based on customer votes.”

The M&IT Awards took place at Evolution London and were presented by TV and radio broadcaster Gethin Jones.

The double success comes after another successful year for Warwick Conferences with more than 17,000 events hosted at its four venues, from small meetings to large, residential conferences.

As a category winner at the West Midlands Tourism Awards, Warwick Conferences is now in the running for the VisitEngland Awards for Excellence taking place in June.