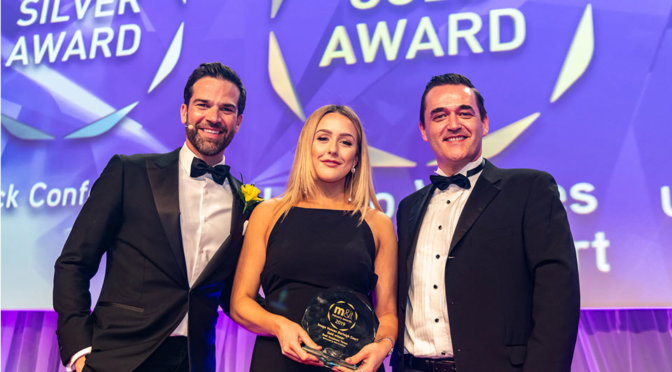 Imago Venues at Loughborough University is celebrating after picking up three accolades – including two gold awards – in the M&IT Awards 2019.

Organised by Meetings & Incentive Travel magazine, the awards are the event industry’s biggest and most prestigious recognition programme.

Emma Boynton, head of sales and marketing at Imago Venues, said: “To be shortlisted for three awards and to win a prize in all of these categories is a big achievement. It is something we are really proud of, especially given the calibre of the other finalists in all categories.”

“These awards are the most prestigious in our industry as they are voted for by our customers.

“To be recognised in this way is testament to the hard work and professionalism carried out by every single member of staff at Imago Venues. Without them, we wouldn’t be where we are now.”

Out of the eight awards Imago Venues has entered this financial year, they have won: six golds, one silver and one bronze.

Maria Voller, Marketing Communications and Events Director of CAT Publications, said: “The M&IT Awards recognise excellence in service or product and are voted for by the readers of Meetings & Incentive Travel (M&IT) magazine.

“Votes are only accepted from UK-based event organisers and are independently audited by the Audit Bureau of Circulations (ABC).

“There is no shortlist to select from, these are votes placed individually by the voters, so to win at these awards is something truly to be proud of. Many congratulations to Imago Venues for their success at the M&IT Awards 2019.”