Edgbaston Park Hotel lights up to save events industry 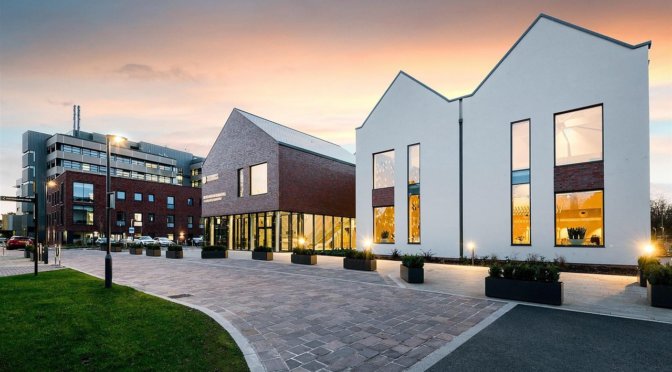 Edgbaston Park Hotel will glow red on 30 September, as part of a global campaign to raise awareness of the threat to the events industry. The hotel and conference centre at the University of Birmingham joined the Eat Out To Help Out scheme in August, the UK’s plan to support hospitality venues. A new campaign, #WeMakeEvents, is now calling for a similar intervention to secure a future for event venues worldwide.

General Manager Richard Metcalfe said: “The events industry brings people together – not only for live music and performances but also big life events like weddings, and business events too.

“Without immediate support from governments, we’re going to see venues close permanently, all over the world. That means job insecurity for a lot of people, at a really tough time. But long term, we’re also at risk of losing the spaces that create great memories and make our lives better – from sharing essential research at conferences to celebrating with the people we love. We may not be able to meet in person as usual at the moment, but we need action now to make sure we still can in the future.”

Created by industry bodies and professionals in the UK at the beginning of the pandemic, the #WeMakeEvents campaign held a day of action on 11 August which saw 700 buildings in the UK light up to declare a ‘red alert’ for the events sector. Now a global movement, 30 September will see the red light campaign go worldwide.

“Birmingham wouldn’t be the city we love without live music, comedy, theatre, the arts – and venues like Edgbaston Park Hotel too,” says Richard. “We’re proud to be taking part.”