Coombe Abbey Hotel commemorates 25 years with a host of celebrations 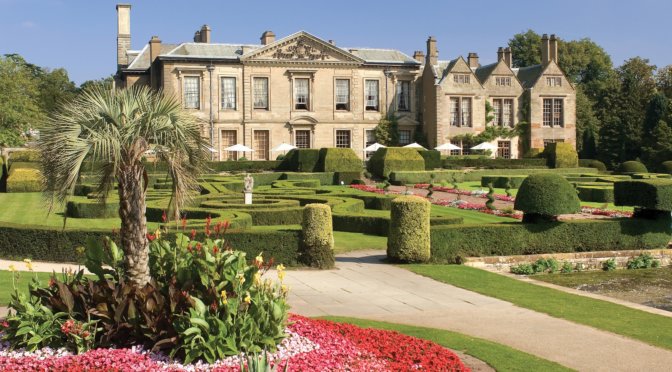 A year of celebrations and events are being planned at a historic Warwickshire hotel as it prepares for a special anniversary.

In 2020, Coombe Abbey Hotel will commemorate 25 years since it first opened its doors as a venue in February, 1995.

A whole host of events and activities are set to take place to mark its silver anniversary.

The usual packed programme of events including afternoon teas, Medieval Banquets, murder mystery evenings, tribute nights and more will go ahead during the year. But, the plan is to host a number of special activities such as charity fundraising, competitions and treats for guests, and everyone is urged to keep their eyes peeled for more details.

Ron Terry, General Manager for Coombe Abbey Hotel, said he wanted to make it a year to remember.

He said: “This is a huge milestone for the hotel and one that we’re thrilled to reach so we want to make sure that 2020 is a memorable year and filled with celebrations.

“It has been a wonderful 25 years for the hotel with so many amazing memories made along the way and we want to make many more.

“We have so many fantastic events taking place next year, there is something for everyone to enjoy and help us commemorate our birthday.”

Coombe Abbey existed long before it was a hotel and has a rich history. During the 12th century, the hotel was known as the Abbey of Cumbe, and was the largest and most influential monastery in Warwickshire.

The Abbey remained in the hands of the monks up until the dissolution of the monasteries in 1539. From then, the land was appropriated by King Henry VIII.

In 1581, John Harrington bought the Abbey, and incorporated much of the original structure to his home. In this year, Princess Elizabeth, daughter of James I, came to the Abbey to live and be educated amongst the picturesque Warwickshire countryside.

The Craven family acquired Coombe Abbey in 1622 and it remained with them for an impressive 300 years.

During the Craven family reign, Lancelot ‘Capability’ Brown was asked to redesign the surrounding gardens and land.

Following the death of Lord Craven in 1921, the Countess made the difficult decision to sell the estate. In 1923, the house and its grounds were bought by a builder named John Gray.

Coventry City Council took ownership of the Abbey in 1964, along with its extensive estate of 150-acres, and after a series of vital restoration, in 1966 the park was opened to the public with the hotel opening in 1995.

Ron added: “Coombe Abbey has a fascinating story over hundreds of years and long may that continue for many years to come.”